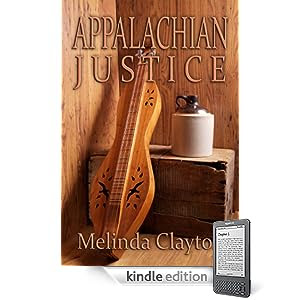 Billy May Platt is the daughter of an Irish father and a Cherokee mother, and with that background living in a small town in West Virginia in the 1940s already presents difficulties. When she's 14 a group of boys launch a terrible attack on her, having witnessed a scene that drew her sexuality into question, and orphan Billy May retreats into the wilderness shunning her former friends. Thirty years later Billy May discovers the daughter of one of her attackers hiding out in the mountains where she has effectively done the same, and suspects he hasn't changed. She doesn't want to forgo her seclusion but feels for the girl. Events unravel bringing the story to a dramatic conclusion and affecting a number of the town's families.

This book skips between the 40's, 1975 and 2010, where Billy May who is now in her 80s is in hospital. She recounts her story and we gradually find out what actually happened to change many lives as a result of one incident. We also find out whether Billy May gets any justice for what has happened to her.

I'm not usually the sort of person who cries reading books (I think I can count the ones that have affected me in that way on one hand) but this one had me in tears. I was so moved by everything that had happened to Billy May, and the way in which the story reaches it peak in the 70s. To start with I wasn't sure about the author's use of lots of apostrophes to recreate the Billy May's manner of speech, but once I got into it I felt it actually helped me better imagine her and get closer to the character.

The story is very sad, one of prejudice, abuse and ignorance yet with all the threads tied up and knowing how everything turned out, seeing the good in people as well as the bad, it was strangely uplifting. In places Billy May is reading a book about a seagull and the excerpts reflect a story very similar to hers. I thought it was a very clever device to readdress the issues in a more simple way and emphasise them.

I love this book and really didn't want to put it down. In fact I'm kind of sad to have finished it. I think this will be a book that stays with me and one I'll probably re-read in the future. If it sounds even vaguely interesting to you get a copy!