Booked Review: Songs from the Other Side of the Wall by Dan Holloway 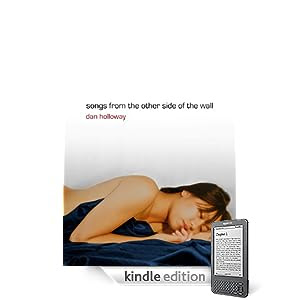 The fall of the Berlin Wall is probably one of the earliest events I remember seeing on the news and really being aware of, I hadn't quite made it into my teens when it happened. Having always had an interest in eastern Europe and having visited some of the places mentioned I found the synopsis of this book appealing and decided to download it.

The story is about 17 year old Szandi. Her mum left her, at just a week old,  to return to England the day the wall came down. So Szandi is brought up by her father on a Hungarian vineyard. She has grown up part of the internet generation, debating how to right the world's wrongs in chatrooms, planning on becoming a singer. She later decides to move into visual art and adopts a bohemian lifestyle with her sculptress lover Yang. When her father becomes ill she starts to reconsider her life, herself and her relationships ,and whether she should stay in the East or move to the West.

Szandi is an intense character, given to falling in love in an instant and believing her community of forum friends have the answers to all of life's problems. Frankly reading the book I was glad I didn't have any friends like her when I was younger as I think all of her questioning conversations about life and who she is would have made my brain explode. However there were parts of the book that I thought were wonderful, where I really felt I connected with her and could see the personal development and an increasing self-awareness. I got a sense of isolation and dependence on her online friends and so loved it when she opened her eyes to the wider world and realised that life offline was probably more important.

Unsurprisingly, for this sort of character, in places the language and references she uses can be complicated. Combining this with jumps around in time that I, particularly at the start, had problems keeping track of meant that it wasn't the easiest of reads. However this could be addressed by changing the formatting, making a clearer break in the text , and as a positive I spotted few typos .

A lot of people, while their story may not be so dramatic, will be able to identify with that stage in your life where you really start to discover who you are and where you want to be, and there were definitely parts that resonated with me and made me take pause. It is a good book, although the style of the narrative wasn't entirely my taste.

Email ThisBlogThis!Share to TwitterShare to FacebookShare to Pinterest
Labels: Dan Holloway, lesbian fiction, literary fiction, Songs from the Other Side of the Wall

Sounds like a pretty good book - something I can sink my teeth into after a light read and before another! Very eye catching blog and great review- definitely a new addition to my RSS! :D