Author Q&A with J A Clement

I rceently read and reviewed JA Clement's debut novel On Dark Shores: The Lady, available as an e-book, which showed me that actually despite previous reservations I do like fantasy.  JA Clement writes in many different genres - she says as the mood takes her but appears to have accidentally fallen into an epic fantasy series. She also wants to point out she is not at all obsessed with jellyfish.
So now, on with the questions! 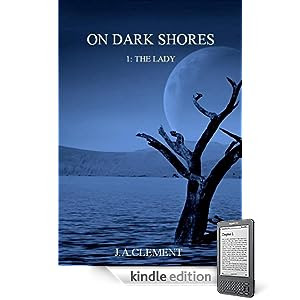 Email ThisBlogThis!Share to TwitterShare to FacebookShare to Pinterest
Labels: Author Q and A, J A Clement

Interesting interview - This is an author and book I haven't heard of before.

Now you've got me interested in that giant jellyfish...called Archangel. There's a story there somewhere!

Jules, I really enjoyed the book because it's fantasy with a dark edge and no vampires/werewolves etc (not really my thing) and I'll be keeping an eye for the next book.

Stephanie, I'm curious about Archangel, and I'm sure you're right. I quite like jellyfish (though maybe not the one that stung me on the backside a couple of summer ago!)

It's a great bit, Stephanie...I quite liked the initial appearance of the Archangel but it took me by surprise when it turned into....well, quite what it turned out to be.

Thanks for the interview, TC!
JAC

TC, a couple of months should do it - in editing as we speak....
JAC