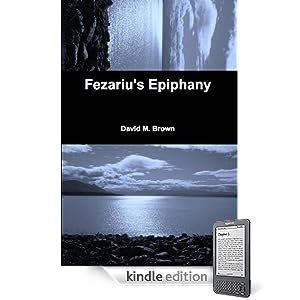 I'm quite picky about which fantasy books I choose to read but the synopsis for this book caught my attention and had me wondering about Fezariu's story: - "The White Oak, Clarendon’s oldest brothel, lured and destroyed men by the thousands. Fezariu was different. He had never been drawn by the White Oak’s vices but the brothel had still ruined him when he was just a boy.

Salvation came in the form of the Merelax Mercenaries – Elenchera’s most prestigious hired hands. They gave Fezariu the chance to escape from his past. Immersed in the world of dangerous assignments in the colonies Fezariu longed to forget everything about his childhood but only in facing the past would he ever be free of it."

Fezariu's childhood is marred by a series of deaths and upheavals, and he becomes convinced that he is the cause of these tragedies. Sadly for him childish misapprehensions cause him a lot of angst and completely change the course of his life. He sets his mind to becoming a mercenary, to gain respect and a replacement family. However he discovers the past isn't that easy to forget and has to try and face it in order to move on.

This is a well written book and although before starting it I was a bit tentative about whether my latest foray into fantasy would be a sucess I found myself absorbed in the world the author has created. The story covers a period of decades and mainly covers key points in Fezariu's life. I thought the author's use of his letters to childhood companion Alycea, detailing his experiences during the years that aren't specifically covered, were a clever way of filling in the gaps and enhancing the story. I found in Fezariu a character I empathised with, and enjoyed his relationship with his closest friends and colleagues.

I will admit though that I did struggle a little with all the different places mentioned, trying to figure out if they were towns, countries or something larger. It didn't greatly affect my reading experience but I would have appreciated a map so I could see how they related to one another.

This was a very enjoyable read, and I can definitely say this is the sort of fantasy novel I like!