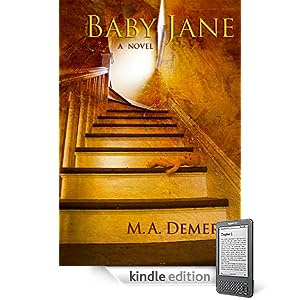 Lately I've read a couple of books that encompass elements of the supernatural or spiritual so I was interested to read the description of this book, which hinted at a crime thriller with a twist.

Claire Dawson is looking for a new start in the home she has brought for renovation. She has a past she is trying to get over but it doesn't look like things will go smoothly when she finds human remains within the walls of her house. Detective Dylan Lewis arrives to investigate and the two immediately find themselves unintentionally winding each other up. Claire is determined to give the victim the dignity of a name and decides to help the investigation along to ensure justice is served. The house has more secrets than just a body within its walls though, and when Lewis' grandmother Ta'ah, a Coast Salish medicine woman, hears about Claire's story she gathers the elders and goes to the property to deal with the demon within it. Claire's continuing involvement in the case brings her into repeated contact with Lewis and the sparks between the two are all too obvious, but the potential conflict of interest further complicates matters.

I loved this book and found it a compulsive page turner. The first chapter had me hooked, with plenty to read on for in order to answer a bunch of questions. Written in the third person the story is told from a few points of view, which allows the reader to get a good background and feeling for the main characters. I really liked Claire and Dylan, but at times wanted to bang their heads together. I also found the details of Ta'ah's role and beliefs fascinating. It has made me want to go away and read more about the Coast Salish people.

As far as the whodunit went the suspects were fairly clear early on, but the supernatural or spiritual element makes it stand out from a lot of other thrillers. I did wonder whether the presence of demons in the story might make it too far fetched for me, but actually in the context of the beliefs of the Coast Salish peoples it made it even more interesting. I also found the historical element, going back to what was happening in Germany before WWII, a clever element.

I'm not sure there is much I can give as a negative, it was well-paced, the main characters were well drawn and had a range of issues that made them flawed and human, and the plot had something to separate it from the crowd. I thought it was a great read and would happily recommend it!

Fantastic review. This sounds interesting and I definitely want to read it.