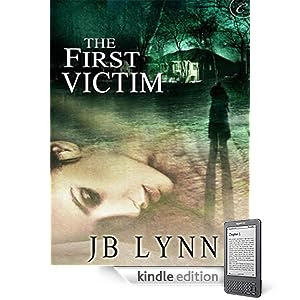 As a teenager Emily Wright was able to escape from the serial killer dubbed the Baby Doll Strangler. However unable to escape the memories of her captivity she flees her small town home after graduating and builds a new life in the big city. Fifteen years later, when her father is seriously injured in an accident, she reluctantly returns to care for her fifteen year old sister. The old fears son creep back and any suggestion she is just being paranoid is dismissed when one of her sister's school friends is left on their lawn, dead. Deputy Bailey O'Neil is on the case, but their shared history colours his view. Between them and the two FBI agents on the trail of the killer they need to figure out his identity before he can kill again.

The story is mostly told in the third person, with some first person narrative from the viewpoint of the killer. This makes for very creepy reading, and finding out what Emily went through makes her fears seem very reasonable. She is a very likable character who has tried hard to find the strength to build her life again, and has become a successful career woman who stutters in the face of her high school crush and the memories her old home holds.

This isn't a particularly long book, and I raced through it, but that was largely because I didn't want to put it down. The reader is pitched into the action fairly early in the book and it's pretty relentless, although interspersed with details of the tentative relationship between Emily and Bailey which provides some light relief.

Parts of the plot were a bit predictable, but some of the turns I didn't see coming. The only thing I felt was missing was a real explanation of why the killer did what he did. We are given an idea of his logic but not what happened that affected him so much he would turn to murder, which would have completed things nicely. The story flows well and overall I really liked this thriller.

Oooh, I've just received this from Netgalley, I'm hoping to get to it soon, it sounds really interesting

I just wish I'd started it at a time I could have sat down and read it in one sitting, I hated having to put it down.

I'm looking forward to this one!

I really don't need another book added to my tbr list, but this one looks great.

Liz, it's a goodie, enjoy it when you get to it. Sarah, I know exactly how that goes.