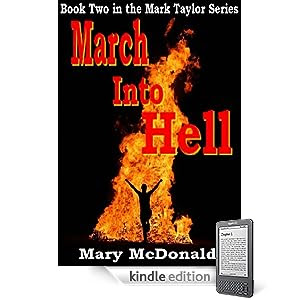 It wasn't that long ago that I read Book One in the series, No Good Deed, which I had really enjoyed. Therefore I was pleased I didn't have to wait too long for the next installment. As a brief precis Mark Taylor is a photographer who owns a camera, purchased in Afghanistan, which provides him with pictures of tragedies, followed by detailed dreams that mean if he intervenes in time he can stop them happening.

In this book we find Mark has been able to start over after the life changing events of book one, he has a new home, business and business partner, but things aren't going well with girlfriend Jessie. He is still using the camera to save lives and unfortunately for him becomes the centre of media attention when a journalist notices a pattern to various Good Samaritan acts being carried out. One particular save brings him within the sights of a cult leader who wants his power. The book is pretty action-packed, working it's way to a dramatic end but one that (I'm hoping) leaves scope for further Mark Taylor books

Mark is a great character, with plenty of positive characteristics but also enough flaws and self-doubt to make him believable. I liked the developing relationship with Jim, his tormentor in the first book. While this book is quite dark and with some graphic descriptions of how the cult treats it's victims this was offset by the relationships between the two men, Jessie and Mark's business partner Lily.

Book two spends a little more time contemplating the nature of the powers the camera has and where the powers come from. Mark finds himself thinking he is being tested by God but it is never made implicit whether the camera is some sort of divine apparatus or whether there is another explanation. This was one of the aspects I found really interesting in the first book so this reflection pleased me but I'm also happy that the reader isn't given a definite answer as to the source of the powers.

I found the first book more thought provoking, probably because of the coverage of the treatment of enemy-combatants in a post 9/11 world but this is a worthy sequel and I'll be waiting for news of further installments in due course!
Posted by TC at 17:10