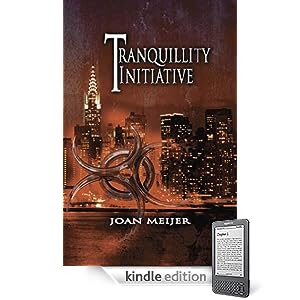 I was offered a copy of this book for review, and having looked at a review on Amazon.com thought it sounded like an interesting read. It is a medical thriller, where millions of lives are being threatened by a group of terrorists.

The story opens on an American Air Force base in Turkey, with preparations underway for a bombing run on Astrakhan. However these are not conventional bombs. An under-pressure President, keen for re-election and hoping not to get mired in another unwinnable war,  has authorised the use of anthrax bombs which are deployed and create devastation. Germ warfare finds it's way to the USA though, as two of these bombs are stolen by terrorists and smuggled into New York.

In the second part of the book the terrorists manage to open one of the bombs, unaware of the contents, and release the spores of anthrax close to Times Square. When an unheard of cluster of cases starts to trickle into local hospitals CDC doctor Cassandra Williams, fresh from investigating the outbreak in Astrakhan, is sent to Manhattan to investigate. Once the terrorists realise they hold a weapon of germ warfare they start to plot the demise of potentially millions of people. In the meantime a secretive group within the US Government is determined to prevent the revelation that the nation has been using such weapons on its enemies.

The third part of the book races to a dramatic climax as Cassandra, working with Senator Richland Powell, attempts to prevent the attack while at the same time preparing for the consequences should they fail.

I found this book a riveting read, from the political machinations to the effects of anthrax on the body and  the likely implications of such an attack on a major metropolis. The story is told from a range of viewpoints which allows the author to cover a lot of territory but when moving from one to another it was kept clear whose perspective it was. This is in contrast to some books where it isn't always obvious at the start of a new chapter where you are. The third part of the book really picked up the pace and I found it hard to put down, wanting to find out whether the terrorists would succeed.

I found myself liking Cassandra and Richland but did feel that their characters didn't really come alive for me until the third part of the book. I think with such a range of viewpoints it would have been hard to develop all the characters in great depth but would have liked to know more about them in particular earlier on.

All things considered I really liked this book, it was a worrying glimpse at what could happen if the conventional rules go out the window, without being a complete doomsday scenario that wipes out mankind.
Posted by TC at 21:22

I hereby would like to give you the 7 fact award.
Come and check my blog to see how you can securet hos award for you blog